A recombinant antibody (rAb) is generated from the cloned, in vitro-expressed heavy and light chains of a selected monoclonal antibody obtained through classical hybridoma methodology, display strategies alone or in combination, sorted single B cells from immunized animals, or by one of many other techniques. The fact that it is cloned means the rAb is defined by its primary sequence, which can be engineered to optimize affinity and be expressed in different binder formats. The numerous advantages of rAbs have been well-documented, with consistency of performance being of paramount significance.

GeneTex’s rAb protocol employs a multi-parameter FACS-based approach to isolate antigen-specific IgG+ memory B cells from an immunized animal, with subsequent cloning of the antibody variable-region genes into an IgG backbone and expression in mammalian cells. This protocol is very rapid and can be completed in weeks, and also affords the opportunity to identify antibodies with diverse capabilities in various applications. Importantly, it allows cloning of the heavy and light chains from the same B cell, thereby preserving natural pairing. And once cloned, the supply of a given rAb is inexhaustible with exceptional reproducibility. 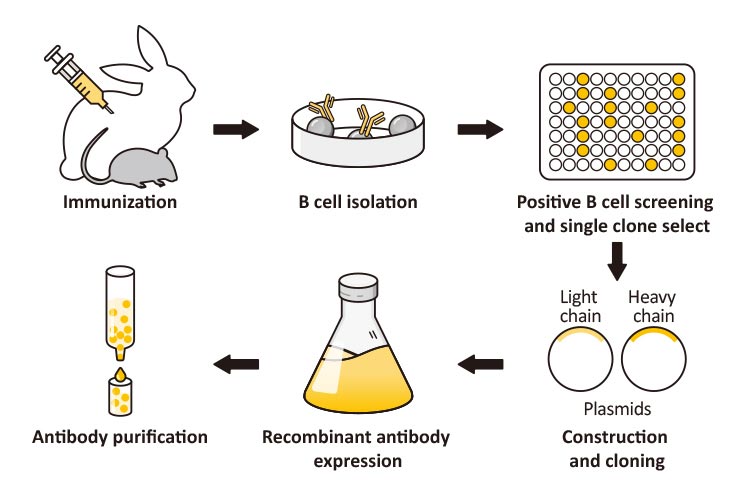 One outstanding advantage of this protocol is that the suitability of the individual clones for desired applications can be tested during screening. For example, GeneTex’s Iba1 rabbit recombinant antibody [HL22] (GTX635363) detects Iba1, a protein commonly used as an immunohistochemical marker of both quiescent and activated microglia. In its development and production, both paraffin- and frozen-IHC analyses (IHC-P, IHC-Fr, respectively) were conducted in the first screening process to identify the best clones for these applications, as shown below (Figure 1). The clones were compared to a highly cited, market-leading commercial antibody to gauge their performance. This strategy provides us with valuable perspective on a clone’s market competitiveness during development. In addition, our recombinant antibody team has successfully expressed the antigen-binding regions of this antibody in the context of both mouse and rat IgG backbones, thus extending flexibility for multiple staining. 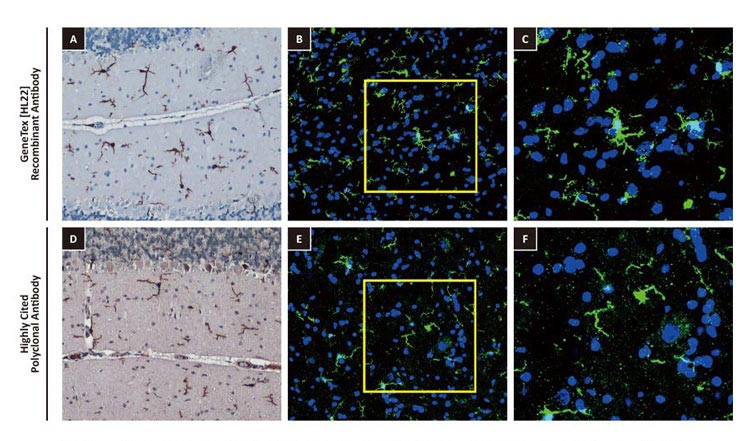 Another new rabbit recombinant product is GeneTex’s Ras (G12D mutant) antibody [HL10] (GTX635362), which specifically detects the G12D mutant by western blot with minimal background (Figure 2). Most importantly, it can also be used for IHC-P, where it demonstrates a robust signal and clear specificity for the G12D mutation in WT and KRAS G12D pancreatic tumor tissue sections (Figure 2A). This Ras (G12D mutant) antibody (GTX635362) is the first commercial recombinant version that shows exceptional specificity by IHC-P for this key tumorigenic mutant protein on sequence-verified human pancreatic tumor samples. 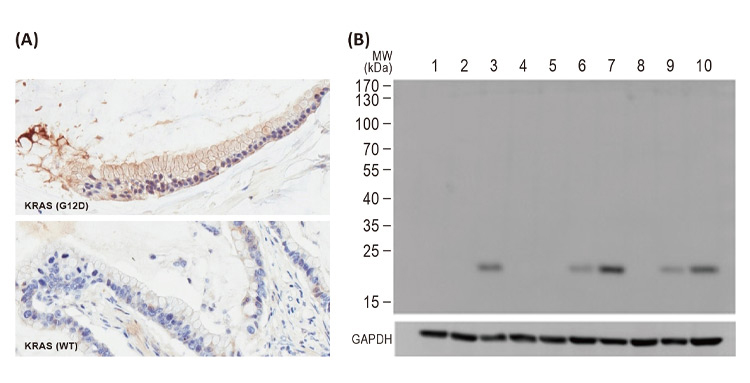 As mentioned above, the antigen-binding regions of a recombinant antibody can be inserted into various host IgG backbones or expressed in different binder formats (e.g., Fab fragments or scFvs). Here, GeneTex’s cloned TSG101 mouse monoclonal antibody was converted to a rabbit IgG backbone with preservation of performance. No cross-reaction was observed when the converted TSG101 rabbit IgG recombinant antibody was used in combination with an anti-mouse IgG secondary antibody (Figure 3). 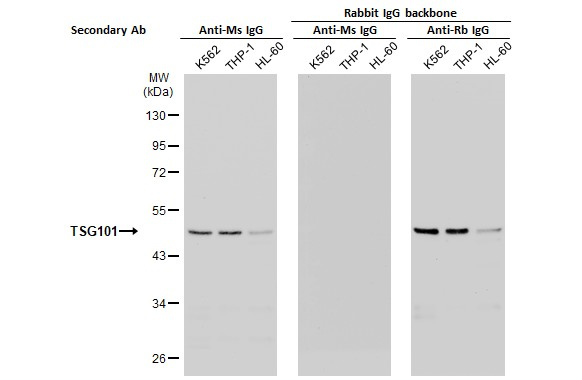 Figure 3. Switch from a cloned mouse monoclonal antibody to a rabbit IgG backbone