Camelids (alpaca, llama, camel, vicuna and guanaco) produce two non-canonical immunoglobulins alongside the conventional IgG1. IgG2 and IgG3 are known as heavy chain only (or heavy chain) antibodies. They have single domain binding sites (VHH), and do not contain CH1 domains or light chains. VHH antibodies have tractable characteristics making them useful in numerous medical applications such as cancer diagnostics and treatment. 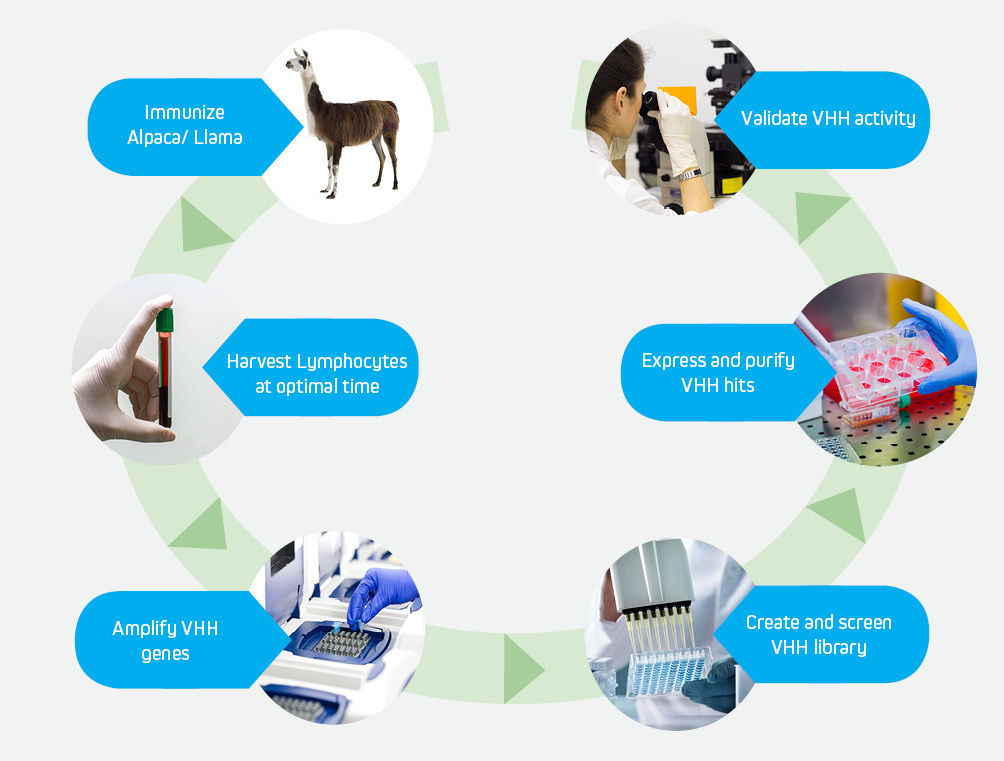 The development of high-affinity VHH antibodies follows the well-established pathway shown above.

JIR Anti-Alpaca antibodies can be utilized at specific stages to expedite and enhance the development of high-affinity VHH antibodies.

The success and speed of discovering high-quality VHH candidates is optimized by the fidelity and utility of the tools used at each step.

Figures 1 and 2 detail the detection of IgG subclasses from both species by Western blot. IgG subclasses purified from serum using a method from Maass et al. (2007) were separated by SDS/PAGE under non-reducing conditions. Blots were probed with secondary antibody as indicated. 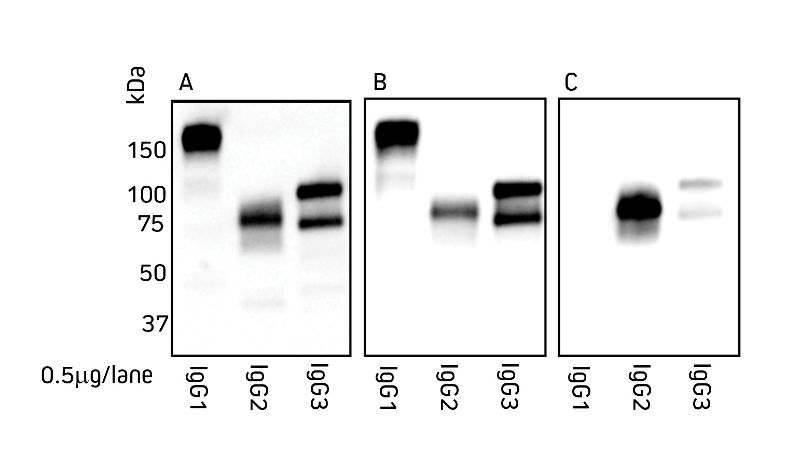 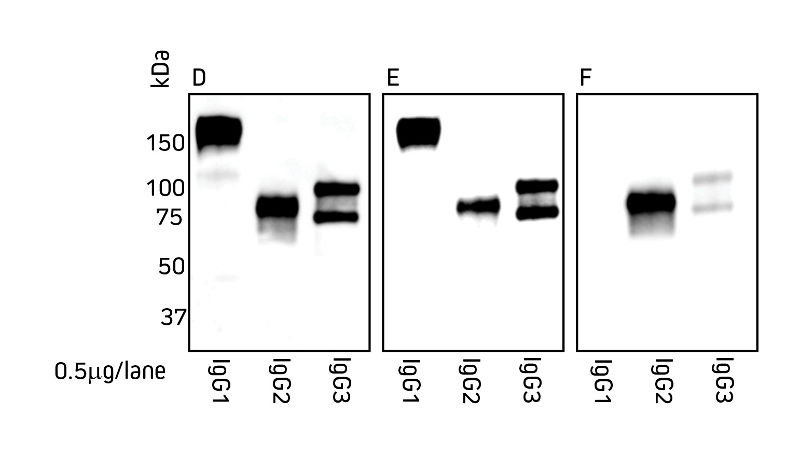 The development of engineered VHH antibodies can be initiated by immunizing an alpaca or llama with a protein of interest. Monitoring of the immune response enables a researcher to harvest PBMCs at an optimal time, after in vivo maturation has resulted in a diverse repertoire of specificities.

Figure 3 shows that the generation of heavy chain antibodies may not be predicted by total IgG readings. After immunization with the protein of interest, ELISA was used to characterize the specific antibody response. The protein of interest was coated onto the ELISA plate, antiserum was used as the primary antibody source, and peroxidase-conjugated secondary antibody 128-035-160 or 128-035-229 was used to detect total IgG or IgG 2+3, respectively. Total IgG titer might suggest a harvest point at 150 days, but the IgG2 and 3 response was not optimal until after 300 days post immunization. 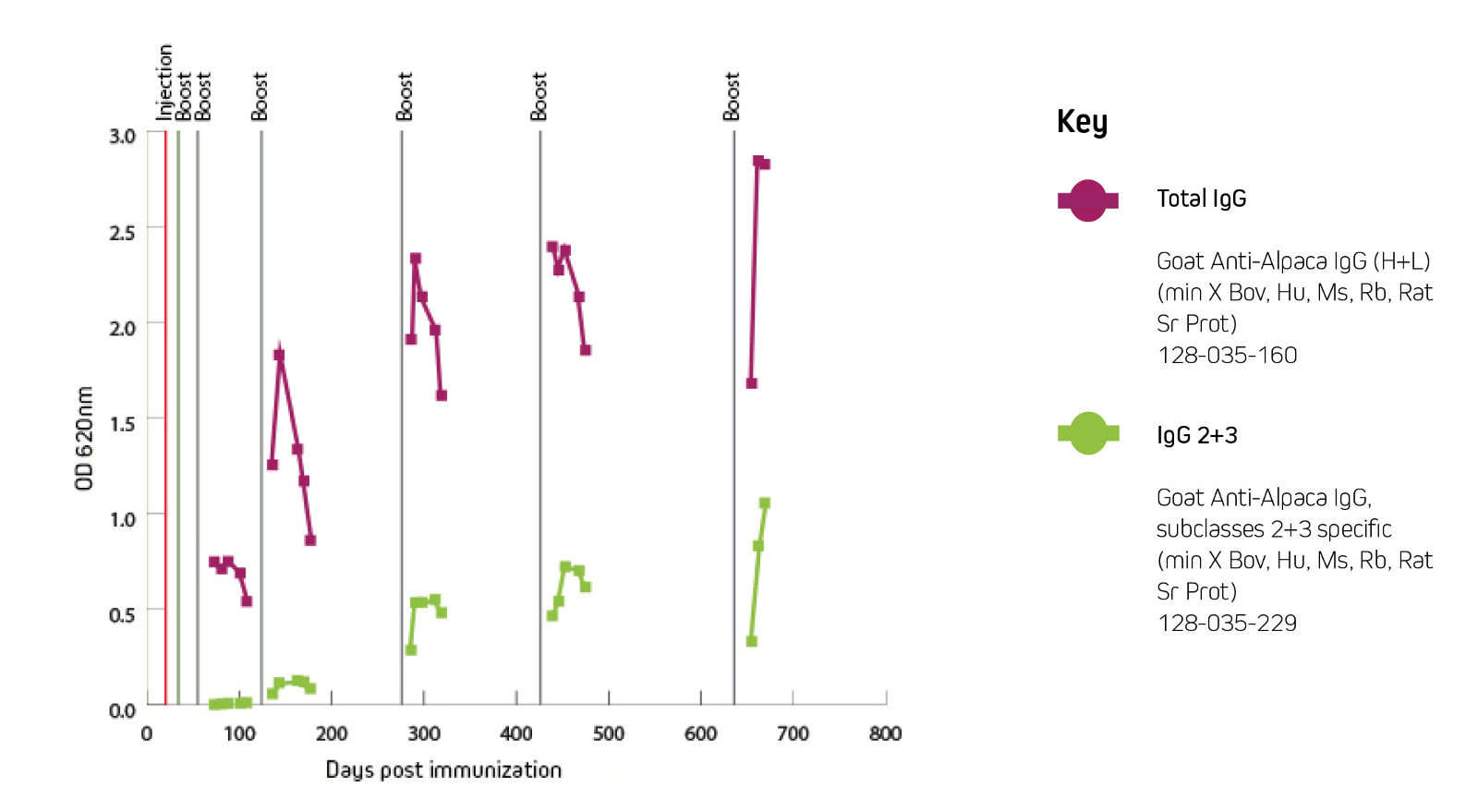 Figure 3a: Serum conversion kinetics. Products 128-035-160 and 128-035-229 were used to measure antigen-specific antibody titers in alpaca serum over the course of a typical immunization. 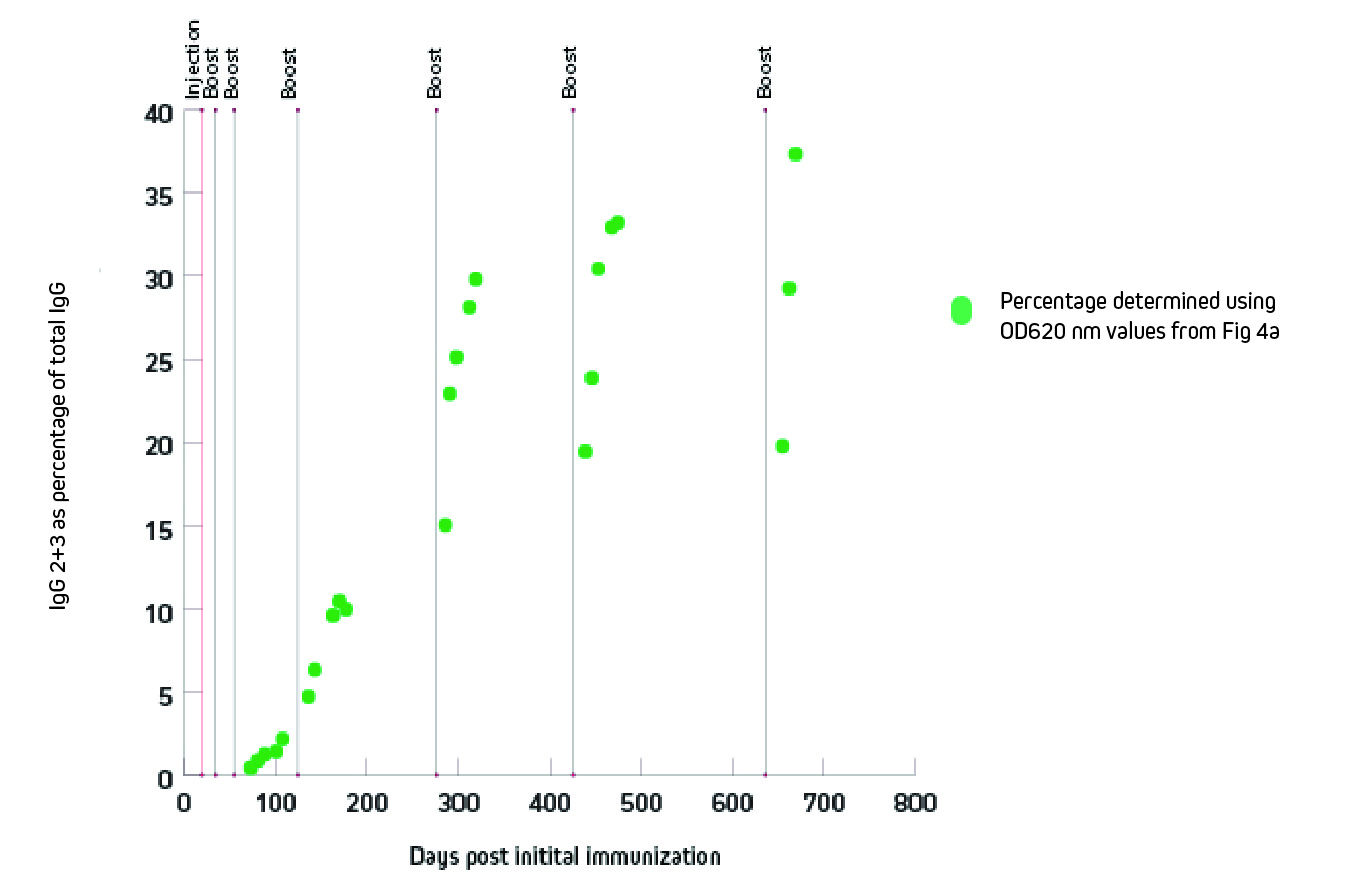 Figure 3b: Percentage of IgG 2+3 compared to total IgG by ELISA.

Detection of VHH in biological samples

Detection may be required during the screening stage of VHH development, as well as in downstream applications. Direct detection using a secondary antibody specific for VHH, rather than through a tag added to the N- or C-terminus of the VHH, can offer advantages in many applications. For example, using anti-VHH domain antibodies circumvents detection through purification tags such as His6, reducing background from endogenous proteins which share homology with the tag epitope. In Western blotting, Anti-Alpaca VHH antibodies enable targeted detection of rVHH in the presence of other proteins. When detecting recombinant protein from cell culture media or cell lysate, Anti-Alpaca VHH antibodies show significantly less non-specific detection when compared with anti-His6 antibodies (Figure 4).

The ability to screen or quantify VHH expression prior to purification expedites discovery and production. However, the amount of VHH relative to total protein in cell lysate may be very small, making reliable characterization difficult. By targeting the VHH domain, Goat Anti-Alpaca IgG VHH domain antibodies remove the need for guesswork or tags. As shown in figure 5, these polyclonal antibodies are able to detect VHH with high sensitivity and specificity in cell lysates. 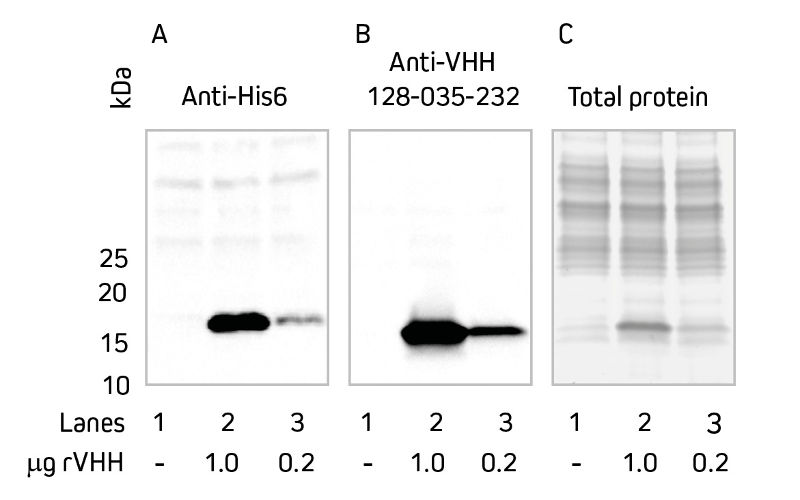 Figure 5: Sandwich ELISA showing the detection of rVHH analyte in E. coli protein lysates. AffiniPure Goat Anti-Alpaca VHH (128-005-232) was coated onto ELISA plates as the capture antibody, followed by serial dilutions of a pure rVHH standard or E. coli lysates containing rVHH analyte at 1% or 5% of the total protein. rVHH was detected with HRP-conjugated Goat Anti-Alpaca VHH (128-035-232) and TMB substrate.

*These antibodies react primarily with the Fc region, and are not recommended for detection of VHH antibodies (nanobodies†).